A Step by Step Guide to Install Ceiling Fan 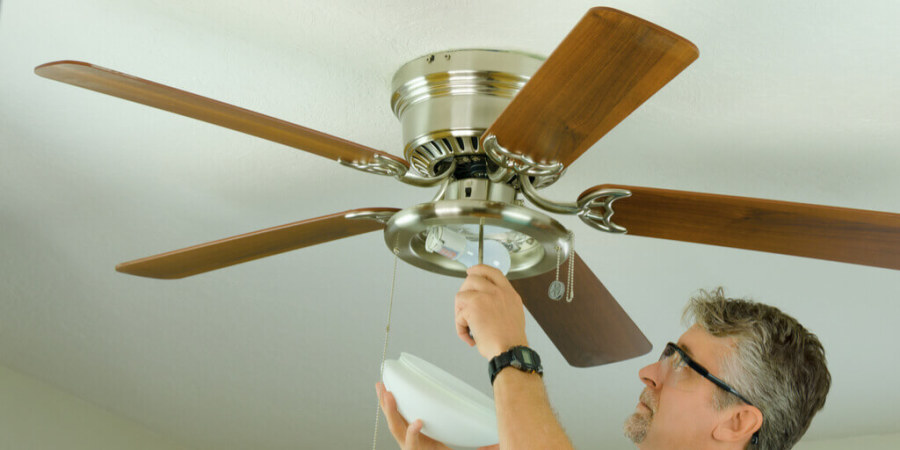 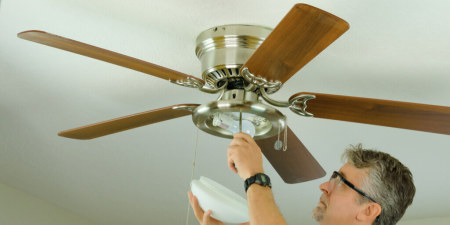 While it may seem like a challenging project that requires a professional electrician, installing a ceiling fan can be a straightforward and fun DIY project, so long as you follow the instructions on the box and the simple installation steps that we’ll provide for you below.

Before we begin, let’s go over some of the main tools and materials that you’ll need so that you can get them ahead of time:

To find the right ceiling fan for your home, you’ll need to measure your area and look for models that are suitable for your space. You can find this information on the ceiling fan’s box so you can choose the one that fits your requirements.

2. Get a Ceiling Fan Box

In some cases, you can use the same box from your overhead light or your previous ceiling fan, but you need to make sure that the box can support the weight. That’s why the best way to go is to buy a box that’s approved for ceiling fans. That way, you can never go wrong.

The first thing you want to think about when installing a ceiling fan is safety. That’s why your first step would be to shut off the circuit breaker before you begin the installation process.

The next step would be to remove the old light fixture or ceiling fan that’s in place so you can install the new one. Before you start disconnecting the wires, use the voltage tester to double-check that there are no live wires. If everything’s okay, you may proceed onto the next step.

You’ll likely find three or four wires that need to be disconnected. The black one that’s coming from the switch and supplies the fan power, the blue one that supplies the light power, the white one that’s neutral and is required to complete the circuit, and the fourth one is the ground wire that’s connected to the ground screw on the fixture and can be removed using a screwdriver.

You’ll need to have all four wires to have a functioning ceiling fan with a ceiling light. If you’re missing the blue wire that means that you’ll have to run a new electrical cable to the ceiling, which will require the help of an electrician.

Once you disconnect the wires, make sure they are in good condition, and if not, consult an electrician who will be able to replace them.

Make sure your ceiling box is securely mounted to a ceiling joist. If a ceiling joist is not easily accessible, you need to use a brace box which connects to two ceiling joists so it can support the weight of the ceiling fan.

Slip the brace through the ceiling hole and position it between the two ceiling joists. Centre the brace over the hole and use a wrench to rotate the brace until it locks into the foot.

7. Connect the Wires and Assemble the Fan

Pull the wires through the hole in the ceiling box and attach the fan’s mounting bracket. Use a down rod so that the fan blades are at least 25 cm from the ceiling.

Connect the wires white to white and black to black and then connect the copper wire to the green ground wire of the fan or a grounding screw. This only goes for ceiling fans without a ceiling light.

Screw wire nuts onto the ends of each connection and push the wires into the electrical box. Attach the canopy to the mounting plate and tighten the screws.

Once you’ve completed the most critical steps of the process all you have to do is attach the fan blades and install the glass shades and the correct light bulbs for your particular unit, and you’re good to go. Turn the power back on and make sure your ceiling fan is operating correctly before you start using it.